What to Visit in the Territory

The unexpected, the unprecedented, the surprise.

With these words we can describe the experience of exploring Molise. A land where it is possible to find remarkable cultural elements, off the beaten track, out of the usual alchemy. Molise is a land rich in culture and traditions. In her womb it contains castles and fortresses of inestimable artistic value. We live the ancient traditions through the workings of the Samnite shepherds and the stonecutters of Pescopennataro. Maze of stories handed down and told in stone. 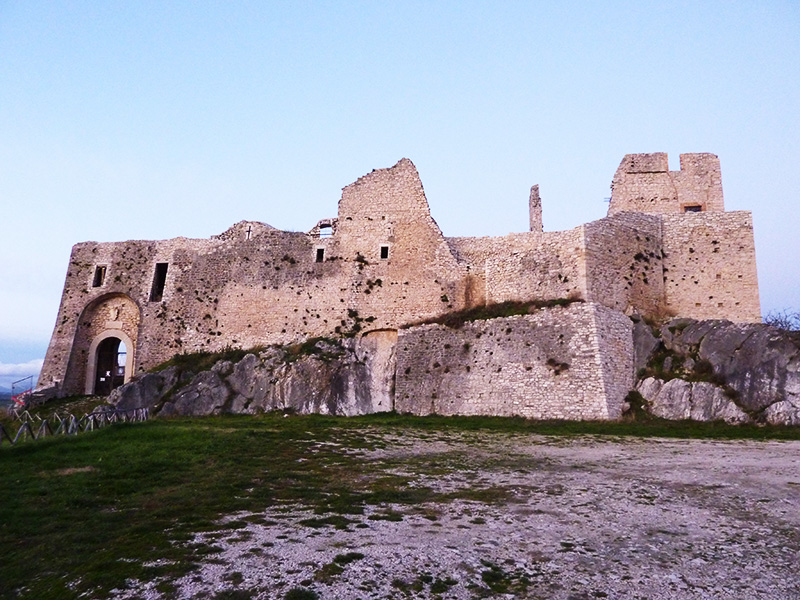 The castle is located in the northern part of the town, in a dominant position, it stands on the esplanade overlooking the Biferno valley, accessible from via Salita San Marco, then via Marconi and via Castello. Built near a fortified structure of the Samnites, it was an important military garrison controlling the Castel di Sangro-Lucera sheep track, where the herding activities towards Puglia passed. It probably dates back to the Norman era, but its name is linked to the d'Evoli family, who already owned it in the 13th century, who built the south turret, modernized the interiors, including the reception rooms and built the underground floor for the servants. In the past it was characterized by a moat, on the front towards the town, which was later filled, a walled enclosure and two large towers that connected the castle to the town ...

Campobasso is a city of 49,196 inhabitants, the capital of the province of the same name and of the Molise region. The first city in the region by population, it rises at 701 m a.s.l., thus making it the third highest regional capital in Italy after Potenza and L'Aquila.

The city, of Lombard origin, is located in the area between the Biferno and Fortore rivers.

The historic center collects numerous testimonies from different historical periods, from the thirteenth-century church of San Leonardo, to the sixteenth-century Monforte castle, and the neoclassical cathedral of the Holy Trinity.

The city is home to the University of Molise and two military schools belonging to the Carabinieri and the State Police, as well as being the metropolitan archbishopric of the Catholic Church (archdiocese of Campobasso-Boiano).

In 1504 at the behest of the feudal lord Andrea de Capoa the church of SS. Trinity. The brotherhood of the Trinity, suppressed in 1809, became famous in the 16th century for its struggles with that of the Crusaders.

Destroyed by the earthquake of 1805, it was rebuilt according to a project by the architect Bernardino Musenga. It was reopened for worship in 1829, becoming a parish and seat of the collegiate chapter. In 1860 it was closed to worship and used by regular troops as barracks. In 1900 it was reopened to the faithful, becoming a cathedral in 1927.

With the move of the bishop's seat from Bojano to Campobasso, the building was subject to further works. Between 1927 and 1933, the central nave was raised and the apse was built, the latter containing a good level fresco by Romeo Musa depicting Pentecost.

Today it is the most representative church in the city.

Molise: an oasis to discover

I have been here for a number of times for coffee, pastries and drinks but I also had the opportunity to tour its trimmed grounds, the swimming pool and the halls used for large receptions such as weddings. The place is charming with manicured grounds and is spacious and giving an overall good feeling when you visit.